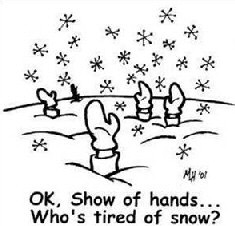 Five days of snow-carceration and I’m snow-tired of it after the blizzard of 2021.

The last time I personally experienced a snow such as this was in 1968 when the University of Arkansas in Fayetteville closed campus for the first time in history when 18 inches of snow fell the day after we students returned from spring break.

No one could get anywhere….except somehow the liquor stores did booming business.

As we read about the disaster in Texas where the power grid failed and millions were without power and water for an extended period of time, and we saw empty store shelves and gas stations with no fuel, it’s a good time to remember that this nation has an incredible infrastructure but it’s fragile.

We’re closer than we think to a breakdown of society as we struggle against forces of nature and those created by mankind such as the Wuhan virus.

Our nation has incredible needs to shore up our infrastructure and it will take trillions of dollars to do it.

In the meantime, our government sends billions of our hard-earned tax dollars overseas to nations that never will like us no matter how much money we send.

It would be better to keep our dollars home in the USA and build up our society by focusing on infrastructure and aiding our communities and the businesses that have been damaged by nature and viruses that have damaged us economically.

Privately held businesses create jobs and wealth for the people of our nation.

Instead of focusing on Amazon and Walmart, we must learn to take care of those who take care of us by supporting and buying from small businesses that pay wages, taxes and support the communities and schools in which they are located.

Business survival is the key to the survival of our nation’s economy. A $15 minimum wage will destroy, not create jobs.

Don’t buy Chinese made goods. Buy from Americans and preserve jobs and your local economy.

Grow Your Business Through Acquisitions

6 Tips to Add Value to Your Business